It turns out that trust has a dollar value for corporations; a loss of trust can impact corporate growth and profitability. Accenture has published a provocative new study that seeks to quantify the monetary impact of a decline in trust — and it’s in the billions.

Loss of trust = loss of revenue. The company created what it calls a “Strategy Competitive Agility Index.” It scored 7,000 companies on multiple criteria, including growth, profitability, sustainability and trust. Accenture observed that there had been a decline in trust across more than half the companies it was tracking:

Fifty-four percent of the companies examined experienced a “material drop in trust” at some point during the past two and a half years, the study found. The average company that experienced a drop in trust also saw their Competitive Agility Index score fall by two points. Each point of decline means significant revenues are at stake.

Accenture found that across the 54 percent of companies in the sample that experienced a drop in trust, “revenues at stake conservatively equate to at least US$180 billion, based on available data.”

$180 billion in aggregate revenue losses is ‘conservative.’ Events that could and would likely impact the trust score include data breaches, “c-suite missteps,” regulatory violations, negative PR and other similar types of incidents. These incidents and actions will have an impact across the spectrum, on investors and customers, employees, media and analysts.

Accenture says this estimate of $180 billion in aggregate revenue losses is both conservative. While I’m inclined to accept the analysis, it’s worth asking if there’s a bit of a correlation vs. causation question here: did companies experience both trust and revenue declines because they’re mismanaged?

However the report asserts companies that saw greater revenue losses suffered a greater trust decline than others in the index. And although there are other variables in the Accenture’s Competitive Agility score, the firm says that “Trust disproportionately affects a company’s Competitive Agility Index score and bottom line.”

The firm also says that companies must embrace measurement to track trust and related variables over time. “The only way to know where your company stands is to measure it.” 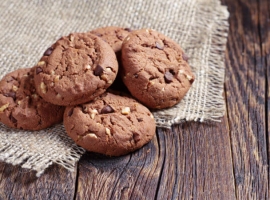